Another Huge Year For A Little Ray of Giving

This Christmas, Ray White continued its popular tradition of giving with the return of A Little Ray of Giving.

Every year, Australians are asked to donate a gift for a deserving child and drop it into one of their participating Ray White offices.

This year, our Ray White Reservoir & Preston offices partnered with the Preston Salvation Army for our third year, to help distribute the gifts to disadvantaged families and children.

Director’s Arthur Mitsinikos and John Catanzariti were overwhelmed by the response from our local school partners and the local community.

“We couldn’t be happier with the support from the local community, it’s great to know we can help deserving families who may otherwise go without this Christmas,” John said.

“Walking into both offices with gifts scattered across the entire entrance and watching the numbers grow week by week was such a great sight”, Arthur added.

Our offices had a great response not only from our clients, tradespeople and the local community that noticed the campaign, but also had a great support from some of our local schools, with Reservoir West Primary School donating 68 gifts, Maharishi School collecting 52 gifts and St Raphael’s Primary School Donating 46 gifts and raising a whopping $873 to go toward presents for the campaign.

“The Little Ray of Giving campaign is such a simple way to bring a smile to a child’s face this Christmas and we find huge value in teaching our students to be generous during this festive time,” said St Raphael’s Principal, Damian Howard.

“We would like to thank everyone that dropped by a gift, no matter how big and small. We are delighted that we can be involved this Christmas campaign and help give back to the community and help make a child smile this Christmas” Arthur said. 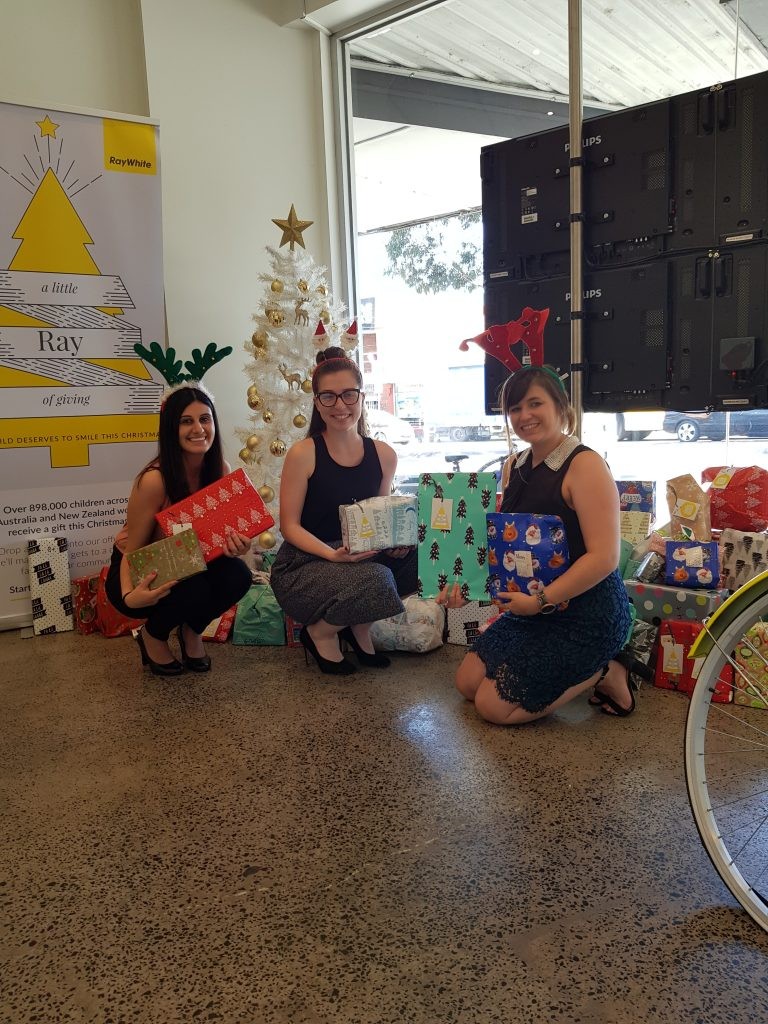 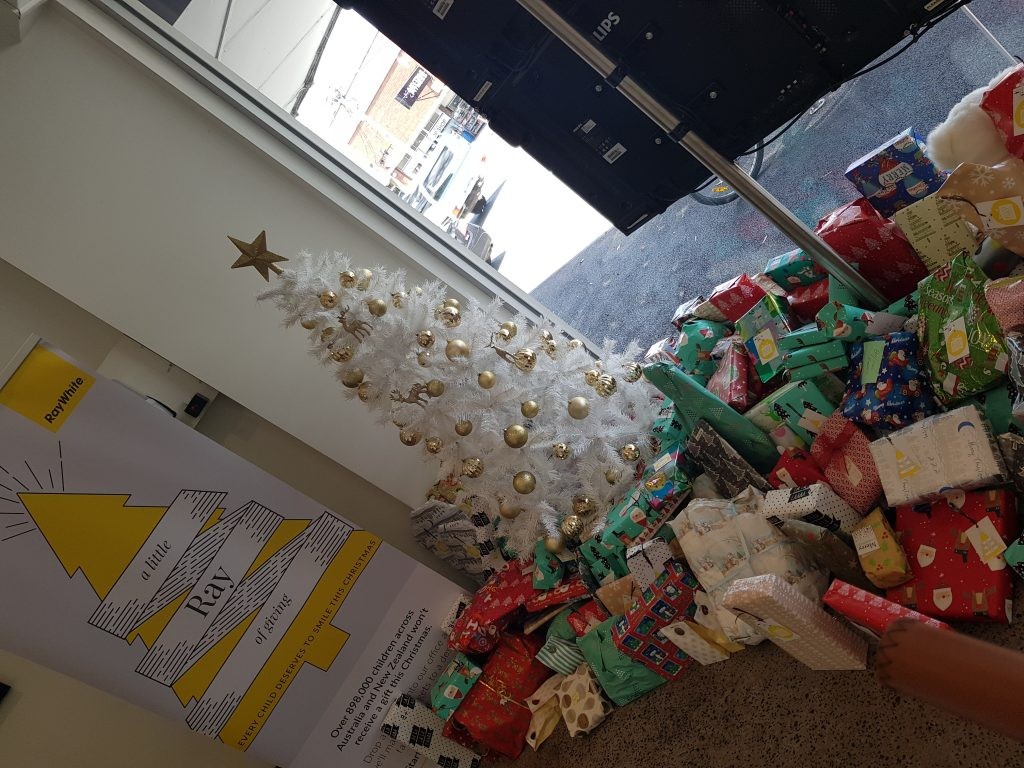 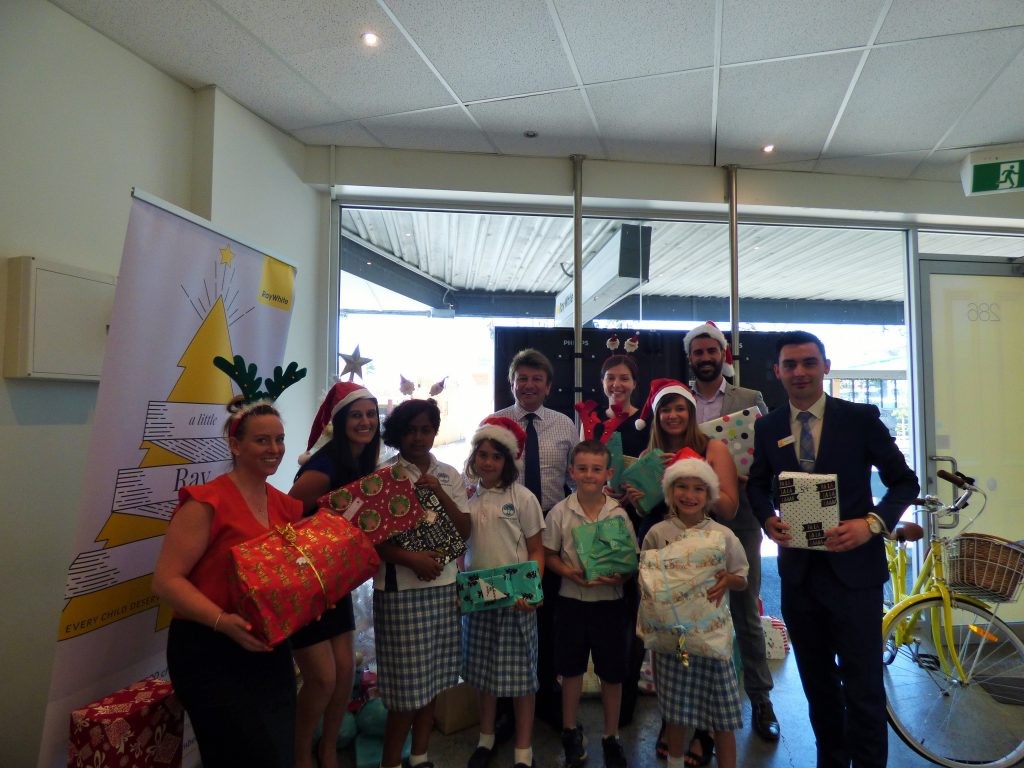 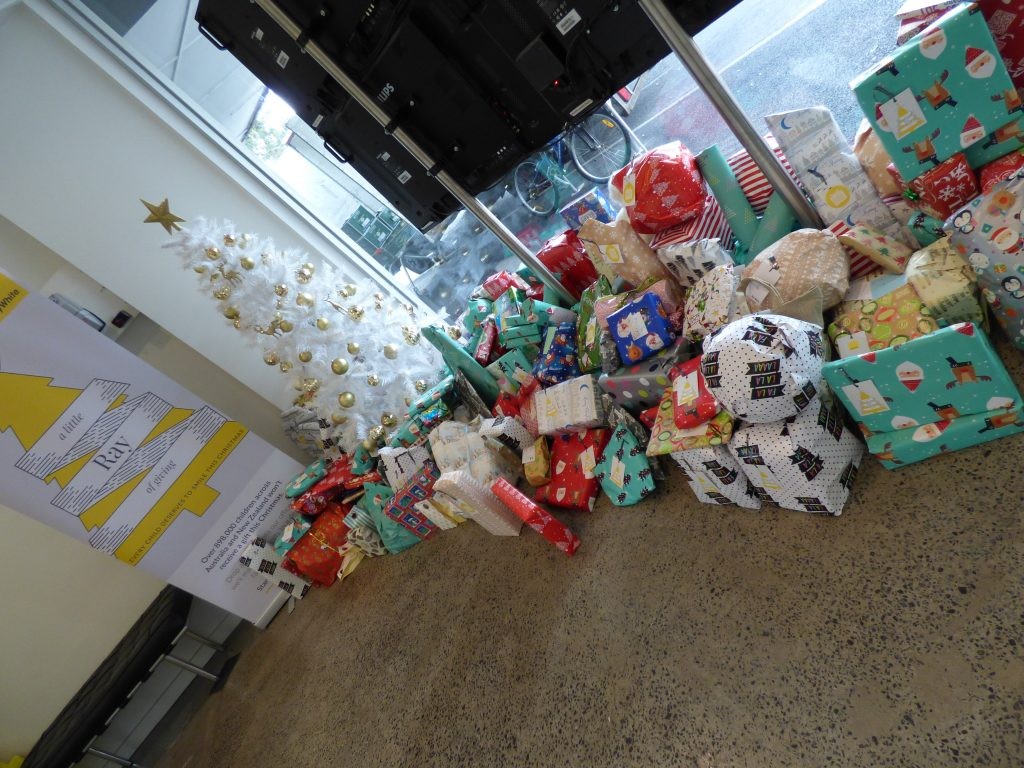 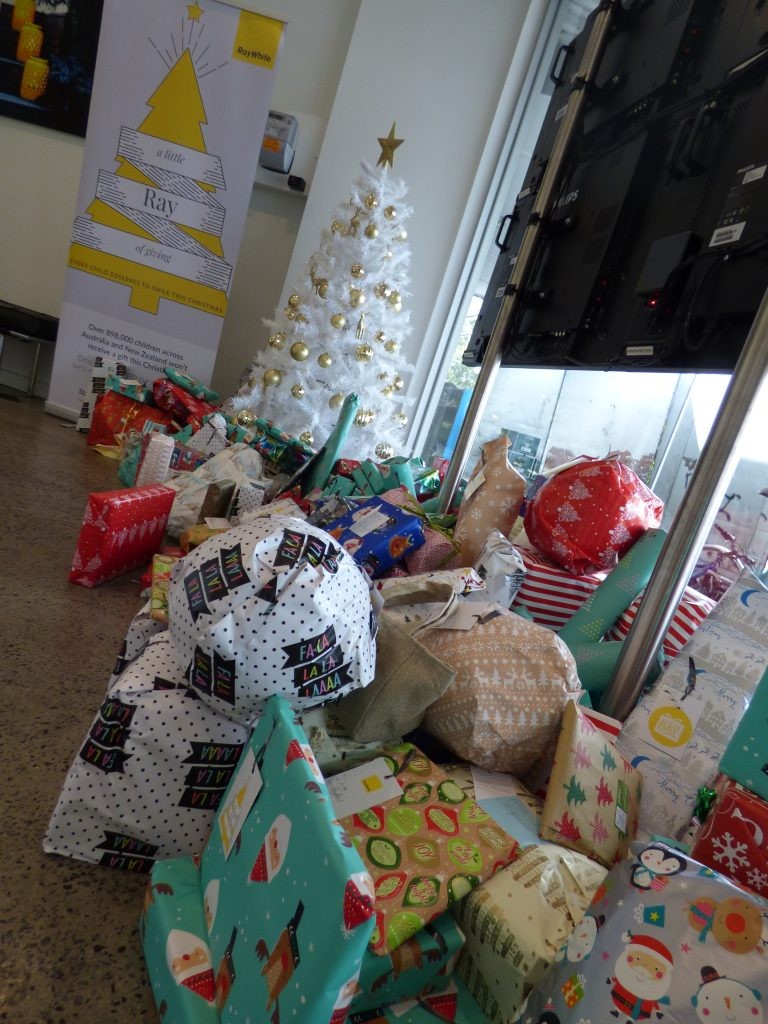 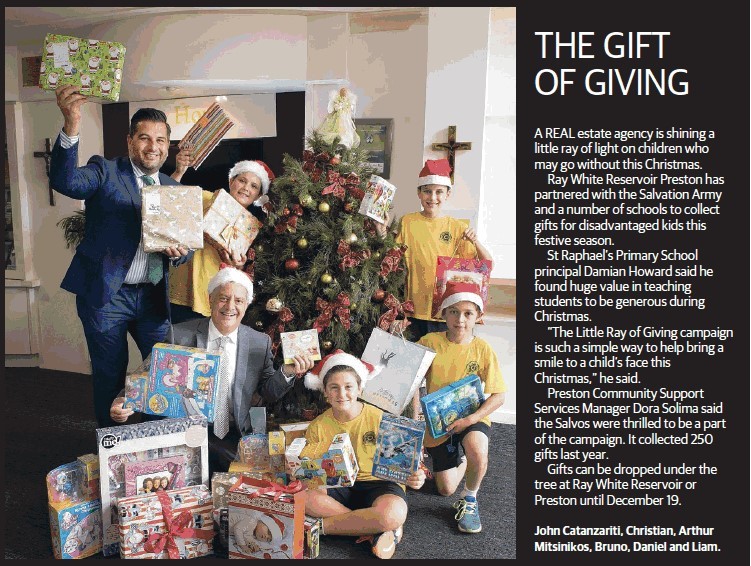 The Gift of Giving

Back to all news
Up to Date